PHILADELPHIA—( October  22, 2015)—The Philadelphia Arts in Education Partnership (PAEP) today announced that Ahmir Thompson, known professionally as “Questlove” co- founder of The Roots, has joined its Board of Directors. Thompson, born to musical parents in Philadelphia, graduated from the Philadelphia High School for the Creative and Performing Arts. He and classmate Tariq “Black Thought” Trotter co-founded The Roots as teenagers, growing it into a Grammy Award-winning hip-hop group. Together, The Roots have produced more than 13 albums and serve as the house band for The Tonight Show Starring Jimmy Fallon. 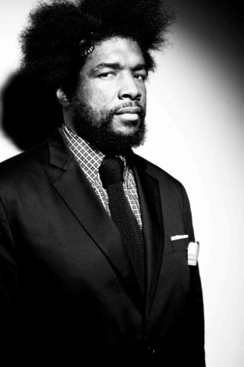 In addition to his work with The Roots, Thompson is a New York Times bestselling author, Broadway and music producer, DJ, and culinary entrepreneur.

“Organizations like PAEP are the reason I am who I am, and I’m beyond proud to serve alongside them in my hometown of Philadelphia,” said Thompson. “The arts are something we all should experience at a young age. They open your mind in a way nothing else can.”

PAEP facilitates learning in and through the arts in the Greater Philadelphia region—particularly through arts education programming, research, assessment, and advocacy—to help students achieve proficiency in curricular subjects such as math, science and literacy and to attain skills like problem solving, creativity, and collaboration.

“As an educator and through PAEP’s work, I have witnessed firsthand the difference the arts make in young lives,” said Pearl Schaeffer, CEO of PAEP. “None of these instances has been clearer than Ahmir, who I personally saw come alive through music in his youth.”

PAEP’s work is rooted in the belief that arts not only provide education enrichment but also enhance and improve student learning. The impact of PAEP’s quality arts education programming is widespread. Since its inception, more than 500,000 students throughout southeastern Pennsylvania have engaged in hands-on visual and performing arts experiences through PAEP artist residencies and programs.
PAEP recently concluded a four-year project called Arts Link, funded by the U.S. Department of Education, OII, which developed a methodology to build mathematics and science competencies through arts integration. In the final year of the project, mean scores on the Mathematics PSSA tests were 105 points higher for the treatment schools as compared to the control schools. Arts Link students also outscored the comparison group by 60 points in Science, and 40 points in Reading.